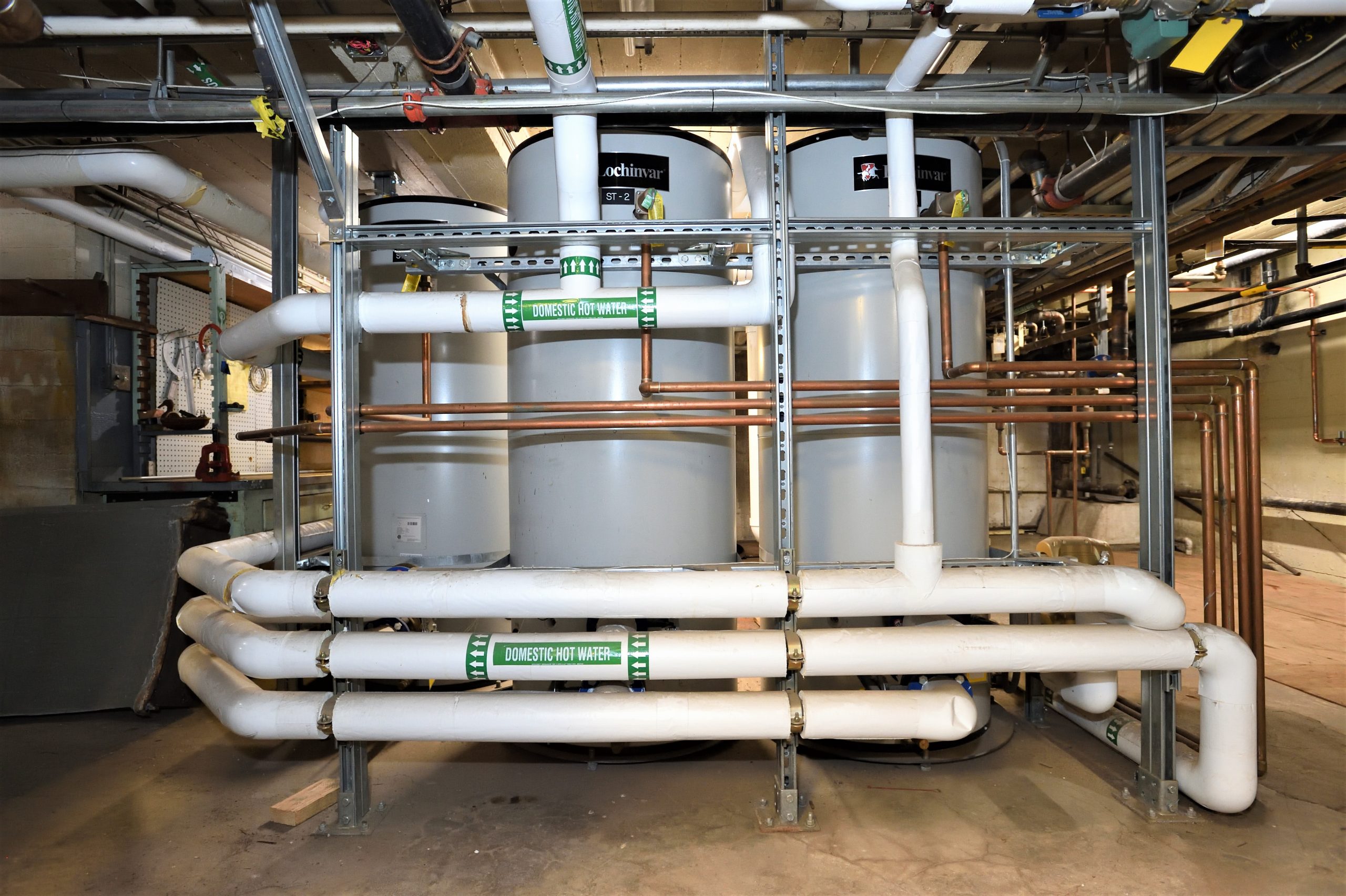 The roughly 100 room, 6-story building was built in 1926 as a hotel.  Abode Services converted the facility to a single room occupancy under the title of Housing for Independent People to serve the low-income population of the Pajaro Valley. For the past twenty years, Geo. H. Wilson has provided plumbing and mechanical services to the historic building. In 2017, we completed a design-build replacement of domestic hot water generation and storage. We completed installation of (2) Lochinvar boilers and (5)200 gallon hot water storage tanks with associated piping in the upper basement. In 2020 we completed a design-build replacement of (1) Peerless steam boiler with (2) 600,000 BTU Fulton boilers in the lower basement.

Complete the design documentation and obtain a permit with the city of Watsonville so that procurement and installation would occur during their annual heating shutdown between Summer and Fall. Construction access for the 2017 project was provided by a custom hatch over an abandoned freight elevator for access to the basement. This hatch was also used for 2020 rigging of new steam equipment into the lower basement.

As the prime contractor Geo. H. Wilson worked with local mechanical engineering firm, Axiom Engineers, and used Bay City Boilers to develop a means to replace the existing boiler with (2) Fulton modular steam boilers that were taken apart, rigged and re-assembled in place on a new concrete equipment pad in the lower basement. We worked with the owners to provide a safe work environment, which included a direct contract with Coastwide Environmental, to disconnect, remove, and abate all the hazardous materials from the basement. Throughout the construction process, we used COVID-19 job hazard analysis protocol and all necessary personal protective equipment.

We were able to reorganize the lower basement and provide improved lighting, a new equipment pad, upgraded boilers and install a sump pump all within the allotted timeframe. The project duration was seven months, consisting of three months design, two months to procure the permit and equipment, and two months of installation while the building continued to be occupied