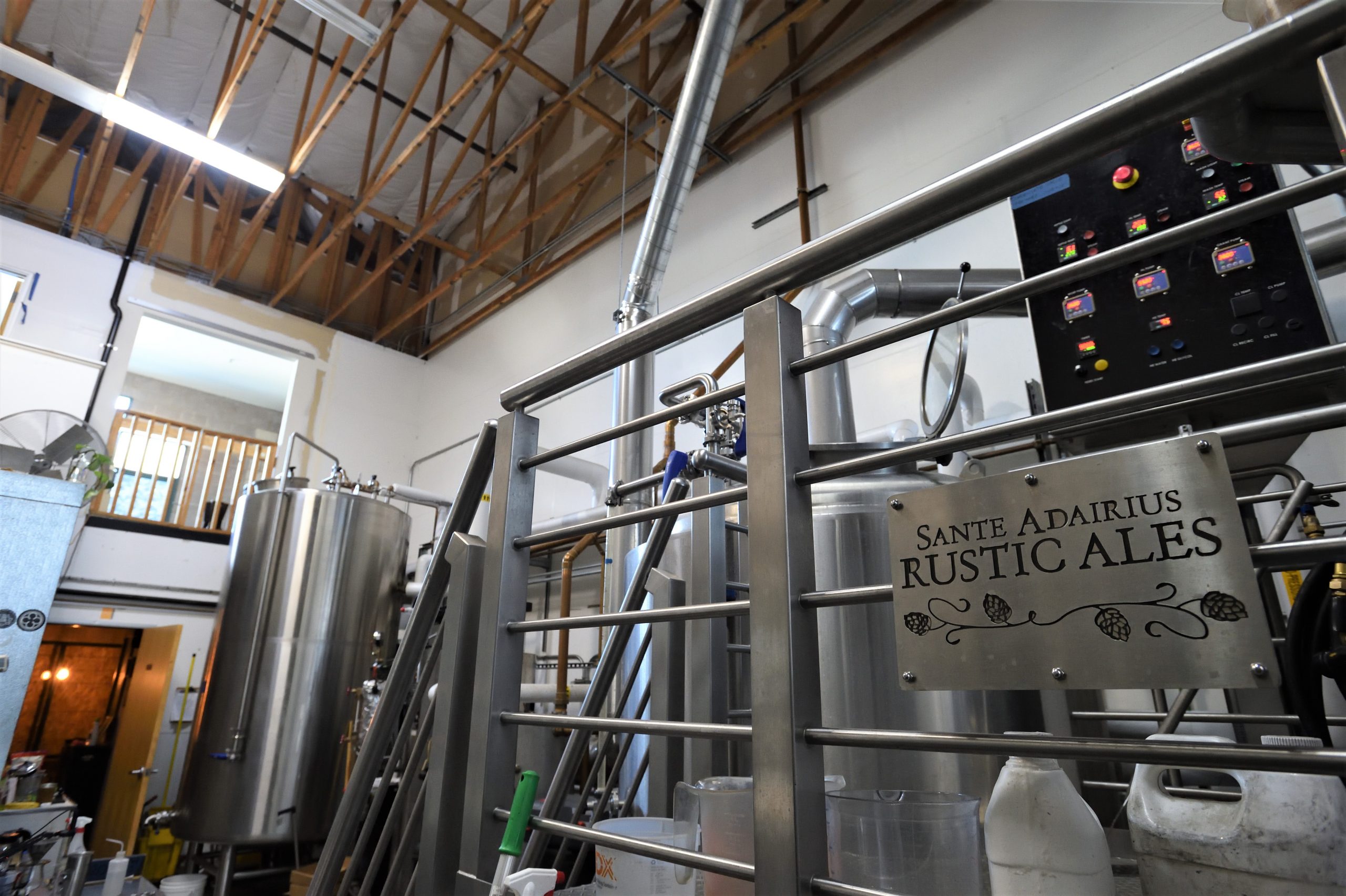 Over 10 years ago, Geo. H. Wilson helped Santa Adairius Rustic Ales with final commissioning of their steam boiler at the startup brewery. In 2018 we were asked to provide assistance expanding the glycol system. This led to multiple phases stretched over a year and a half and two contracts. The brewery is currently ranked #8 in the world for craft beer.

Geo. H. Wilson was given the opportunity to integrate owner furnished equipment to upgrade the existing brewery as they expanded and implemented new procedures with new brewers. We provided services normally taken on by architects to meet the owner’s goals and objectives.

Our first project included installation of a larger owner furnished chiller, installation of new fermentation tanks, associated glycol piping, a new walk in cooler, replacement of the original steam boiler and installation of a new brew house. All of this work had to be coordinated and completed while the brewery was in operation. Geo. H. Wilson acted as the catalyst between the City of Capitola, Premier Stainless, L&C Chiller, Bay City Boiler, Young Engineering and Axiom Engineers.

We assembled a team of contactors to provide turnkey services for the second project which started in the fall of 2019. This project included design-build activities to procure a permit, the addition of four more fermentation tanks, the addition of a walk-in cooler and, a grain grinding room, dust collector and Auger delivery system to the brew house. This project extended into 2020 requiring the need for COVID-19 safety protocols, including new hazard analysis checklists and associated personal protective equipment.